Please check here regularly for WORLDWIDE events for albinism awareness and The Salif Keita Global Foundation Inc.. Thanks for your continued support! 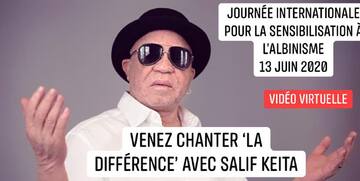 My friends, June 13 is International Albinism Awareness Day. To celebrate this year, I invite you to come and sing that “it’s the difference that is pretty” in a virtual video remake of my song “The Difference”. You could record your video and send it to us for your participation in this virtual video that will help raise awareness of albinism around the world.
Click on this link to get started! Thank you! 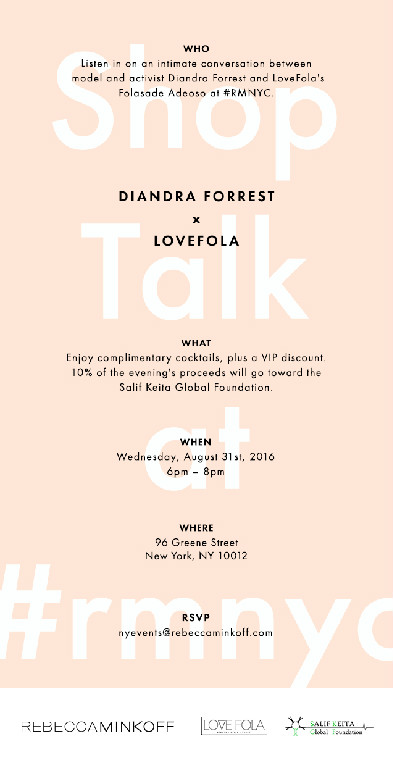 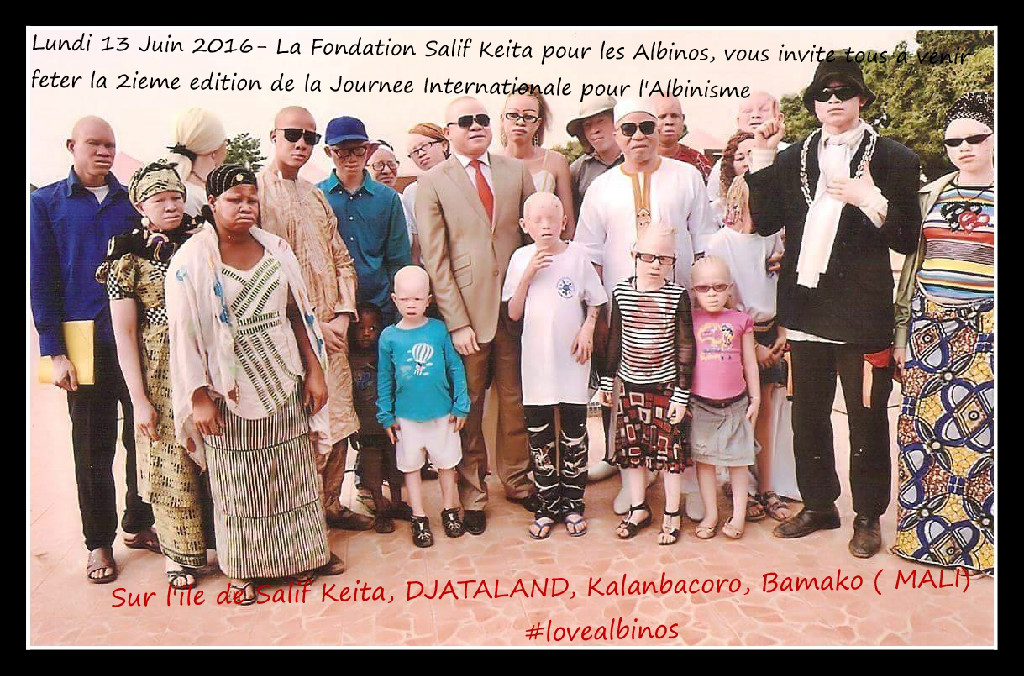 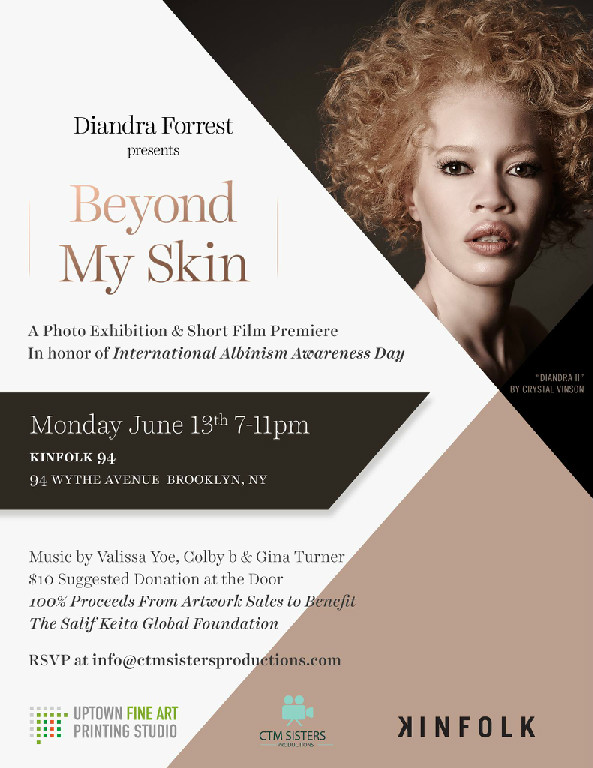 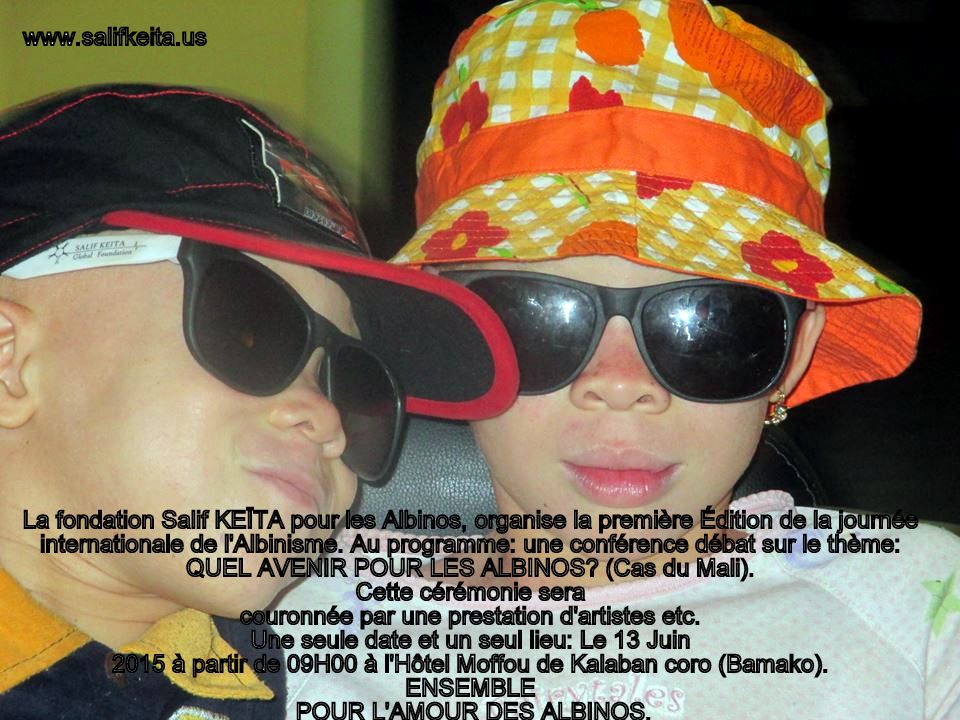 In honor of the 1st International Albinism Day, join the Salif Keita Foundation for Albinos in Mali at Salif Keita’s Hotel Moffou from 9am for a debate on the future of albinism in Mali, a concert, food, donations and much more.
June 13, 2015
Moffou Hotel (Kalabancoro, Bamako)
9 AM 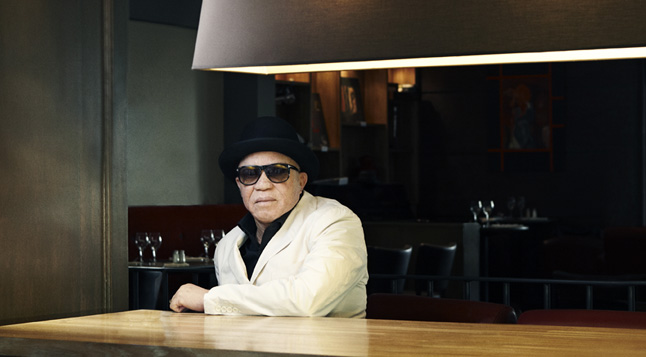 Salif Keita is on the road to present his acoustic live set, reinterpreting his classics in a more intimate formula. Read more about Salif Keita below.
The Acoustic Tour is also the occasion to promote the Salif Keita Global Foundation, a non-profit organization founded in 2005 in order to the assist persons with albinism (PWA) at a global level. More about it here.

Salif Keita gave up a lot to pursue his dreams of a career in music. Born albinos, he was cast out by his family and ostracized by the community. In Mandinka culture albinism is seen as a sign of bad luck and there are beliefs that it’s a mark of the devil. From a royal lineage, with ancestral roots going back to Soundjata Keita, the founder of the Malian Empire in 1240, Keita was disowned by his father after announcing his plans to play music. Keita’s dreams, however, were too strong to be shattered.

Moving to the capitol city of Bamako in 1967, he was soon playing in nightclubs with one of his brothers. Within two years, he was invited to join the Rail Band. Then he joined Kate Manfila and formed Les Ambassadeurs, one of the most important west african band that opens the way for the following generations of african musicians. The ‘golden voice of Africa’ Salif Keita has been at the forefront of modern Malian music for many years.

Keita has extended musical frontiers and carved out a distinctive musical voice, in which rock, funk and jazz combine with the deepest West African griot traditions. After a first decade spent travelling through Africa and building his reputation, he makes himself known on the French scene in the mid 80s.

He has received musical as well as political and humanitarian acknowledgements, and, throughout his life, has tried to transmit a message of peace through his stunning music which has dictated the standards of contemporary mandingo creation.

The accoustic tour recounts Salif Keita’s career, picking up classics from his impressive repertoire. After a few years spent exploring new musical styles and mixing his music with electronics, he returns today to a more intimate and acoustic formula, a return to his roots, and offers a sensational retrospective on his entire career which demands utmost respect. Accompanied by four musicians (guitar, kora, n’goni and percussion) and two backing vocalist, Salif Keita presents an intimist show and plunges the audience in the heart of modern Mandinka soul.

While working primarily through its local Bamako affiliate organization, The Salif Keita Foundation for Albinos in Mali along with trusted partners in the US, Europe and across Africa, SKGF has focused on changing the negative stereotypes often associated with PWAs by developing and supporting campaigns which portray them in a positive light. The goal of SKGF is to create programs to increase the self-esteem of PWAs and their families by providing valuable information and support groups for them locally in various countries like Mali, Uganda, Tanzania and others, while also connecting those seeking assistance with their local aid organizations. The Foundation also provides grants and funding for vocational training and health services (computer training, skin cancers surgeries, distribution of sunglasses and sun protection creams). In addition, SKGF gives legal assistance for PWAs at risk of persecution in their home countries and seeking asylum abroad.

Based in Washington, DC area, SKGF financially supports the Salif Keita Foundation for Albinos in Mali in all its activities regarding their national support of PWAs in Mali, as well as in improving the living conditions of vulnerable children in general and the albino child in particular, by contributing to social and cultural developments, as well as partnering with health care centers and schools to meet their primary needs of social integration, education, health and safety. 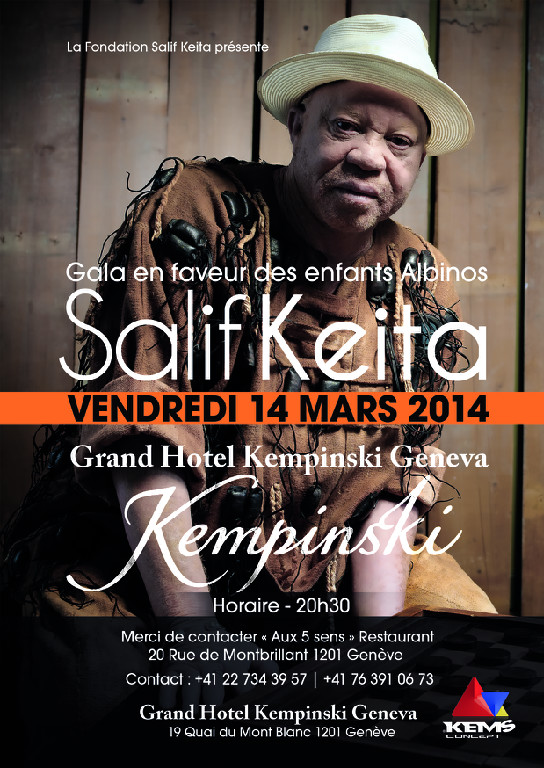 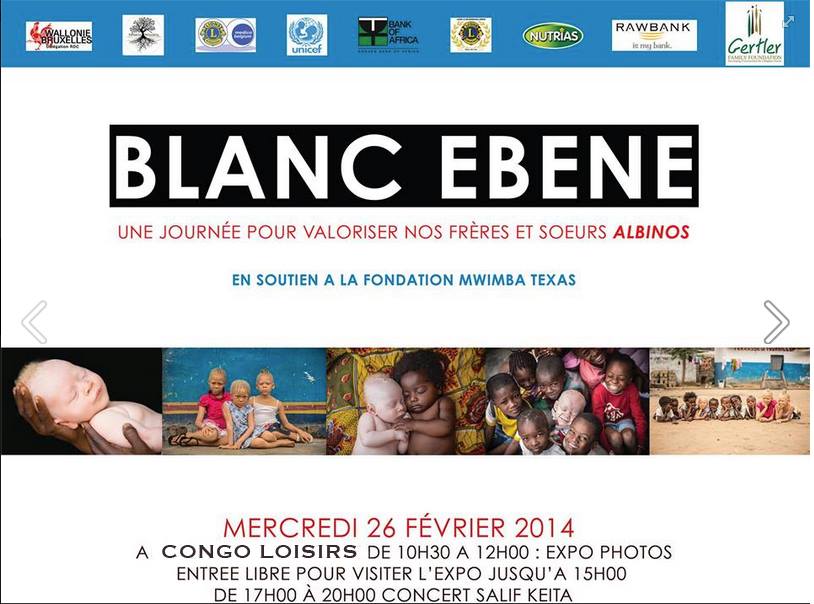 See clip of performance which raised awareness for albinism in Malawi

Salif Keita
Geneva, Switzerland
September 7, 2012
For the benefit of Albinism
The Black and The White: “The Difference”
2° Musical event
on Sunday, June 17 at 7:00 pm

WHERE? San Giorgio di Piano -c/o vecchio campo sportivo
in the Beer Festival …. we’ll try again!
To raise awareness about the plight of albinos in Africa.
Come eat, play and listen to music!!
… Blues, Rock, Acoustic guitar, contemporary music …
…. to celebrate the beauty of the “DIFFERENCE”!

:Saverio Mazzoni
Narrator and guide
PHOENIX 80
Stefano and Elena Mirandola
Prosecco Blues Band
Outside the wall for “The White and The Black” 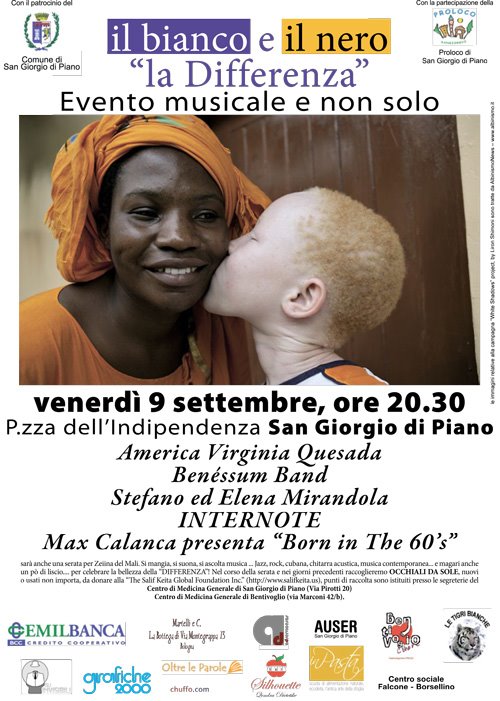 SKGF would like to thank Giorgio, Cesare and Emanuela Colombari

calanca,Stefano and Elena Mirandola, America Virginia Quesada, America with Born in the 60, ‘Benéssum band,Elena Mirandola, their friends and the wonderful community of Bologna that partcipated in the event to support our foundation and albinism awareness!

Salif Keita organizes free concert for Mali
in front of more than 100,000 people in Bamako on September 18, 2010 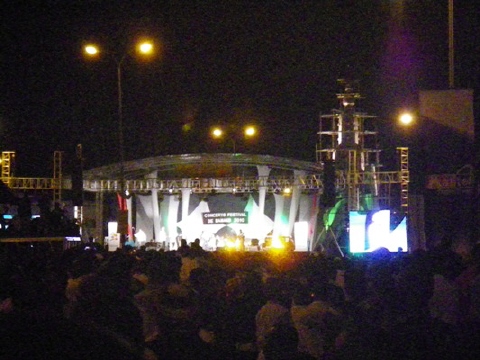