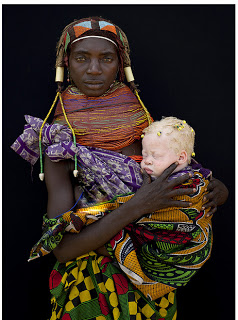 Mwila woman of Angola with her daughter. Albinos in Angola are subjected to the persecution and discrimination common in most parts of Africa. However, a mother’s love is the strongest power that saves the lives of these innocent children! 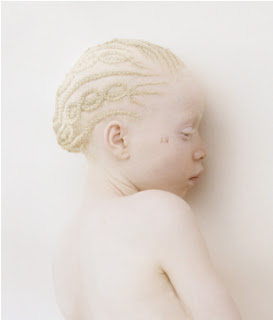 Since 2008, at least 30 murders of albinos have been reported in Burundi alone. The motive: MONEY! It’s believed that their body parts can be used to make magical potions that can bring success 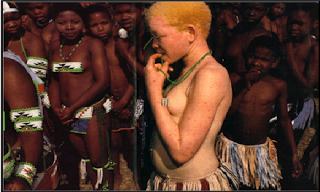 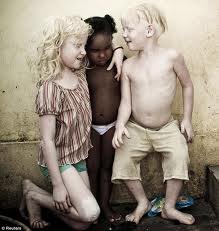 “The more experience I have with albinism, the more I realize that underneath it all we all look similar. Just like a blank canvas that you can fill in with all the colors you want, you always have to start with the same naked surface. I guess, albinos are God’s reminder that perhaps, in the beginning of creation, we were all more similar than different, and the bigger differences only came later to complete his masterpiece of diversity.” Coumba Makalou ‘Thoughts on albinism’ 2009 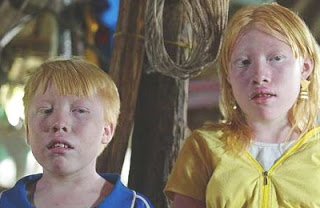 Kuna people have the highest incidence of albinism in the world. According to Kuna legend, the albino people are called “moon children” and are given the responsibility of shooting arrows at the full moon. Since the moon controls the tide, and Kuna people live on small atolls, they’ve interpreted the presence of albinos as a gift from the gods to protect them from rising tides. 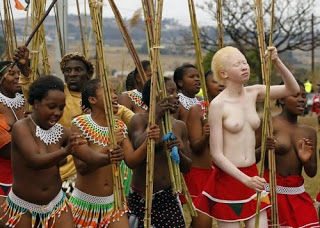 Did you wonder how albinos were treated during the time of Sundiata Keita, founder of the Mali empire? In the 13th century, it is believed that albinos were very much apart of society and the males were often made guards of the kingdom, believing they would instantly ward of ennemies by their ‘ghost-like’ appearances.